Israeli settlers have continued to target Palestinian olive groves, a vital part of the economy for the occupied territories 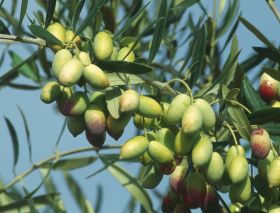 Such attacks have become increasingly frequent in the area, the report noted, not least due to the support shown by Israeli soldiers and police.

On Sunday, settlers set fire to dozens of olive orchards and cultivated lands in al-Mugheir village, east of Rammallah city, while on 22 July soldiers themselves uprooted trees in Beit Oula village near Hebron, under the guise of “security”.

For Palestinians, the olive harvest is vital, for economic, social and cultural reasons, and almost half of all cultivated land in the occupied Palestinian Territories is planted with olive trees.