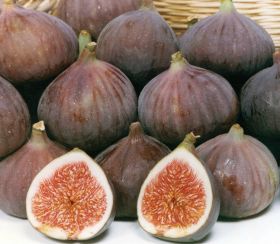 Belgium’s Special Fruit and the Netherlands’ Bud Holland have welcomed the latest innovations from Brazilian exporter Euroconte, the importers’ long-time source for Southern Hemisphere figs from November to August.

Euroconte has been one of the first companies to adapt to new standards on figs introduced by the United Nations Economic Commission for Europe (UNECE). One key requirement is that there be no visual presence of any substance foreign to the fruit, including the thin layer of copper sulphate previously used to protect the figs.

The Euroconte team has reportedly succeeded in developing an organic alternative that eliminates the white powder, while still protecting the fruit from disease.

“So now, our figs look better (no more white powder), more natural and purer than ever before with a competitive shelf-life,” read a joint statement from the importers. “All that makes their figs taste even sweeter.”

The companies also stressed Euroconte’s efforts to meet both Special Fruit and Bud Holland’s social and environmental demands, including initiatives aimed at ending child labour, improving working conditions, strengthening workers' rights and supporting those in need, such as homeless children. Euroconte is one of the few BSCI-certified suppliers in Brazil for both figs and ginger, they pointed out.

Euroconte’s figs are typically of the Brown Turkey/Roxo de Valinhos variety, and are sold in boxes containing three trays of eight figs each. Marketed under Special Fruit's Best Choice brand and Bud Holland's Bátia and Manacá trademarks, the new powderless figs will be available from the end of week 45 or the beginning of week 46.