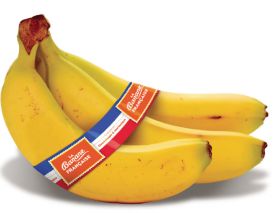 Over the past year, the union of banana producer groups of Guadeloupe and Martinique (UGPBAN) has made a number of efforts to boost its share of the French market, not least by stressing the French origin of its product.

This has involved marketing the product as “the French banana grown in Guadeloupe and Martinique”, as well as packing the bananas into bunches using a red, white and blue tape in order to enable consumers to distinguish “French” bananas from foreign.

To achieve this, UGPBAN invested €650,000 on a new packing line at the port of Dunkirk, the main entry point for French banana imports.

UGPBAN revealed that it expects to pack around 1.4m bunches per week.