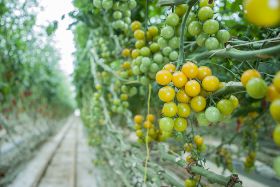 The company is expanding its Tunisian production base

SanLucar’s international expansion efforts are set to intensify over the coming year as the roll out of its vertically integrated supply model in Asia and the Middle East continues to gather pace.

The initial goal, says new markets director Omar El Naggar, is to establish the business in these new and exciting markets and show the strength of the brand.  “This is the first step in our journey to become a global provider covering the whole supply chain from the development of new varieties through to delivery,” he explains.

In a few weeks the company will make its debut in some Asian markets with the start of the Spanish citrus season when it carries out its first shipments of oranges, mandarins and grapefruit. Spanish-grown citrus varieties will be timed to have some arrivals in Asia to coincide with the Chinese New Year festivities. 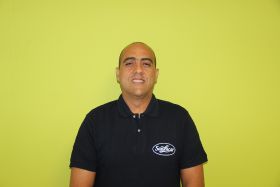 “The marketing window we are aiming for is from week 8 onwards, when domestic production slows down in some Asian countries” El Naggar says. “We think that some of the varieties we specialise in will have the potential to do well in some of these Asian nations as they are sweeter than some of the traditional varieties and some are seedless.”

SanLucar recently started shipping Ecuadorean bananas to a number of Asian and Arab Gulf markets and the company is currently looking for a local partner to ripen the fruit to ensure the highest quality upon arrival.

Meanwhile, the announcement that the import protocol for Spanish peaches and plums will be in place in time for the new season has opened up another avenue that the company is keen to explore. It already ships some Turkish cherries to Hong Kong and is looking to incorporate new sources and varieties into its stonefruit programme to Asia and the Arab Gulf markets over the coming year.

This is not SanLucar’s first foray into the Asian market – over the past year it has been building a steady business in Singapore, China and Hong Kong supplying some of the major retailers there. Although a “fiercely competitive market”, El Naggar says it has proved a good market for introducing new products and concepts to Asian consumers.

“Right now our focus is on introducing the SanLucar concept, and everything that lies behind it, to the Asian an Arab Gulf markets. Further down the line we plan to set up our own production in the region to understand local needs further but not now,” he explains.

Meanwhile, the company’s production base is also expanding. Having invested in its own citrus production in South Africa and bananas in Ecuador, it has also increased its tomato output from Tunisia where it is already established in glasshouse-grown tomatoes and raspberries for the European market and eventually plans to develop production of blueberries and grapes as well.

“Tunisia’s climate and location make it an ideal base from which to supply our customers in Europe and in the future it will become a major source of production,” says El Naggar.

SanLucar is also keen to expand its range of Turkish-grown fruit with its grower partner in Antalya, with which it has been producing cherries for several years, and is exploring the potential of developing blueberry production in the country.