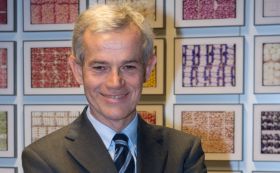 Italian fresh produce company GF Group has appointed former Chiquita director Paolo Prudenziati as its new chief executive, marking what it hopes will be a bright new chapter in its history following its much-publicised financial difficulties and two years of restructuring.

The move follows last year’s appointment of an entirely new board of directors, including Giorgio Bertolina as chief executive and Matteo Colombini as chief financial officer, and the more recent addition of Tommaso Cotto as chief operating officer, all of which marked a significant scaling down of the Orsero family’s historic involvement in a group that it not only created but transformed into one of the world’s largest fresh produce importers.

Prudenziati brings with him more than 25 years’ experience in the fresh produce industry, all of it spent at Chiquita Brands International where, having joined in 1989, he was given responsibility for heading up the multinational’s business operations in south Europe, as well as its trading markets and emerging markets like the Middle East and Asia.

“I am very happy to welcome Paolo Prudenziati,” said Raffaella Orsero, who now serves as chairman of GF Group having stepped aside as its chief executive in 2015. “I’m sure that his significant experience in the sector and his proven managerial capacities will provide new prospects for growth to our core business.”

Prudenziati himself said he was very pleased to have joined the company: “I am honoured to contribute to the development of an organisation such as GF Group that represents Italian excellence in the sector.”