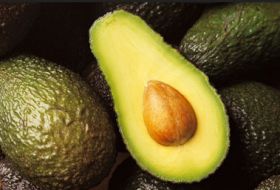 A surge in the avocado brown mite population is threatening avocado production in southern Spain.

The Association of Spanish Tropical Fruit Producers has warned of a “massive outbreak” of the pest in Axarquía, the country’s main producing region, which is affecting the quality of the crop.

The mite, which causes leaves on avocado trees to turn brown, has been present in Spain for a number of years, but until now reports of attacks have been sporadic.

However, the association’s president, Miguel Gutiérrez said the incidence of the pest has increased alarmingly in the past year, causing serious damage to trees and impacting the quality and size of the fruit.

“The increase is partly due to the mild winter, a factor over which we have no control, but it can also be put down to an almost total absence of brown mite predators caused principally by the excessive use of the only pesticide authorised against the pest for avocado production,” Gutiérrez explained.

He said a lack of alternative treatments available in Spain had resulted in mites becoming more resistant to the pesticide and led to the systematic destruction of its natural predators.

Gutiérrez added that there was little incentive for crop protection companies to develop and register alternative treatments because the relatively low area planted with avocados in Spain made it uneconomical for them to do so.

The association is calling for emergency measures from the government to authorise alternative treatments to combat another avocado pest, the crystalline mite, which attacks trees during the beginning and end of the summer.

“We did obtain some concessions two years ago but last year these were withdrawn and that may be a reason why we’re faced with this problem now,” Gutiérrez noted.

He warned that the presence of brown mite had also been detected in a number of mango groves, prompting fears that it could cause similar losses to that sector.

In 2014/15 Spain exported around 65,000 tonnes of avocados a year, worth an estimated €150m. Production is located mainly in the region between Málaga and Granada in the south of the country.

Europe is the main export market, accounting for 95 per cent of the total export volume, of which France absorbs around 25,000 tonnes.