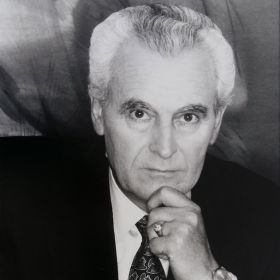 The founder of one of Spain’s leading fresh produce companies, Ángel Rey Rodriguez, has passed away at the age of 85 years.

During the course of several decades, he led the transformation of his father’s Madrid-based wholesale business into what is now ARC Eurobanan, a major player in the international fruit and vegetable industry and Spain’s leading produce distributor.

Commenting on the news of his passing, the company said Rey’s passion for the fruit business was the result of an enterprising character and a sense of vocation nurtured in childhood that ultimately led to him taking over his father’s wholesale business.

From 1986, with the company installed in its new home at the wholesale centre Mercamadrid, Rey set about expanding the group, building up a sizeable distribution network across Spain and developing its interests in selling to international markets.

The subsequent signing of commercial partnerships with Canary Islands producer group Coplaca and the Irish multinational Total Produce (then part of Fyffes) helped to propel what is now ARC Eurobanan to even greater success.

“A passionate entrepreneur, his vision led him to create a complicated and [previously] unseen business in the late 1970s, as the importing of counter-seasonal, tropical and exotic fruit was [in those days],” a spokesperson for the group commented.

“During that decade, he pioneered the introduction of pineapples from Cameroon and Côte d’Ivoire, and the development of the first hydroponic chicory.”

In the 1980s, Rey brought New Zealand kiwifruit to Spain, which is now the Southern Hemisphere country’s largest export market outside of Asia.

During the following decade, he continued to introduce a wide range of new products to the Spanish market, including vegetables from Morocco and northern Europe, as well as mangoes.

Now firmly established as one of Spain’s most successful horticultural enterprises – not only as an importer but as a producer of key products like citrus in Spain itself – ARC Eurobanan’s future development is expected to be overseen by Rey’s three children, Ángel, Joaquin and Ramón.