Stonefruit is one of Spain's main exports to the UK

With Brexit apparently a certainty and the euro-sterling exchange rate shifting dramatically in the past few weeks, concerns have been raised about the future viability of fruit and vegetable supply from other countries in the European Union.

In 2014, the most recent year for which data is currently available, Spain's total fresh and frozen produce sales to the UK equated to around €1.83bn.

Below is an infographic provided by the OEC, showing a percentage breakdown of the UK's major produce imports from Spain during 2014. NB, this particular graphic also includes frozen produce as well as items like rice and coffee. 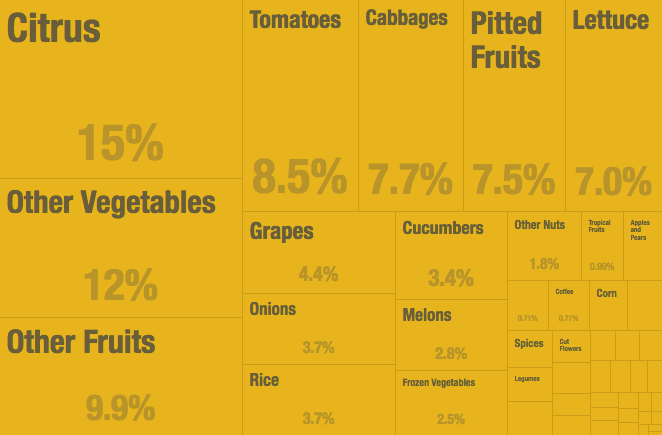