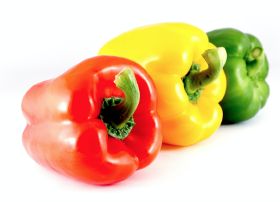 Next week, a delegation of Egyptian officials from the agricultural quarantine agency and the Egyptian Agricultural Export Council (AEC) will visit Saudi Arabia to seek to resolve the issue of Egyptian pepper imports being banned by Saudi authorities, according to a report in Al Mal News.

Saudi Arabia imposed a temporary ban on Egyptian peppers last December, following the detection of shipments with pesticide residues, according to the Saudi ministry of environment.

AEC executive director Hany Hussein said that its chairman, Abdel Hamid Demerdash, would be part of the delegation to find out about Saudi concerns over Egyptian peppers and to present the steps that have already been taken by the ministry of trade and industry.

Hussein stressed that Riyadh had not banned imports of any other agricultural products from Egypt.