The Netherlands is the second biggest importer of avocados after the US, with both domestic consumption and re-exports on the up 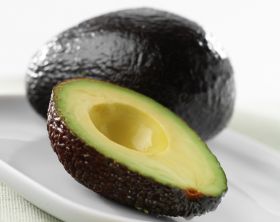 In 2016, the Netherlands imported a record €433m of avocados, making it the largest importer of avocados in the world after the US, according to the national statistics office, CBS.

Over the last eight years, the value of avocados has risen fourfold, vastly outstripping the growth seen in any other fruit category. As a result, avocados are now the second biggest fruit import in the Netherlands, after grapes and ahead of bananas.

However, four out of five avocados (around 79 per cent) imported into the country, mainly from Peru, Chile and South Africa, are in fact re-exported, predominantly within Europe, to countries including Germany, Norway, Sweden and Denmark.

Nevertheless, consumption is also rising fast among Dutch shoppers. Around 39m kilograms of avocados were purchased by Dutch consumers in 2016, up from just 10m kilograms in 2008.

The increase in demand for organic avocados is even higher in the Netherlands, a trend that organic specialist Volkert Engelsman believes will continue.

“I think that the increase is permanent, which, among other reasons, has to do with health,” he said. “Proactive health care is a strong trend and avocado is known for its healthy properties.”

“I don’t think it’s a fad,” he said. “I think it’s certainly sustainable. The crucial thing is to plant the right varieties and to also produce the quality that the market wants.

“I think the market for avocados has grown so much because [producers] have been able to supply quality fruit that people will enjoy eating. The technology of producing ripe and ready-to-eat avocados is such that consumers are satisfied with the products they get at their supermarkets – they didn’t used to be in the past.”