Modular farming puts down roots in the market

Growing demand for fresh food that can be sourced as close to market as possible is watering the green shoots of a new trend in urban farming, one that involves modular systems designed to offer portable, local production almost anywhere in the world.

The idea is deceptively simple. A space-saving, self-contained production unit incorporates everything required to grow certain fruits or vegetables – substrate, drip irrigation, led lighting, even bees to pollenate the flowers – while dispensing with anything that is not absolutely essential.

Excitement around the idea of modular farming in cities and even supermarkets or homes is growing, with an increasing number of tech entrepreneurs and investors turning their attention to meeting that demand.

Finnish group Exsilio and a Portuguese firm called CoolFarm are just the two latest in a growing line of new companies hoping to take that trend and run with it. Their aim is to establish new models of production that dispense with the grandiose, architectural ambitions of the original vertical farming movement and plant the seed of something far more small-scale and, apparently, far more feasible.

This week, Exsilio announced it was looking to work with restaurants and caterers who might be interested in producing their own ingredients, offering them a new means of growing things like salads and herbs in renovated containers.

“Our solution is ideal for example for restaurants and institutional kitchens wanting to produce their own ingredients”, explained chief executive Thomas Tapio. “The modules also serve as an excellent option for farmers to replace their traditional greenhouses with.”

Known as EkoFarmer, Exsilio’s 13-metre long unit can be placed almost anywhere and requires only electricity and water to function. Humidity, water and carbon dioxide levels can apparently also be kept under close control.

CoolFarm has similar designs on the urban farming market. By the end of this summer, its own in/store-branded units will be installed on the island of Madeira with the help of local operator Lucky Greens, which wants to grow high-quality food such as leafy salads, microgreens and herbs for local hotels and restaurants.

“This is the first urban, indoor and vertical faming project in Portugal capable of providing a suitable answer to consumers demands,” the company said on its blog. “Living vegetables will now be delivered keeping all the transparency, traceability, freshness, nutrition values and flavour possible.”

In/store is said to use 90 per cent less water than traditional agricultural practices and does not require pesticides or herbicides.

Interest in the idea of growing certain fruits, vegetables and herbs in self-contained, closed-loop systems has been increasing over the past couple of years, with an emerging cohort of companies offering so-called turnkey systems – in other words, a complete system ready to install and use – that promise to shorten the supply chain by a significant distance. 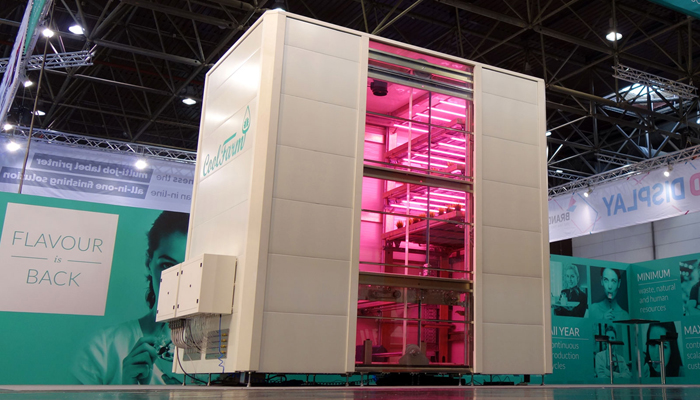 One of the first such companies to propose such a concept was French startup Agricool, which late last year secured €4m in venture capital funding for its plan to begin growing fruit and vegetables – strawberries initially – in shipping containers, furnishing them with a closed-loop system that provides all of the necessary inputs.

Agricool has set itself the target of placing 75 containers around the French capital Paris by the end of 2017, a network that it estimates will produce over 90 tonnes of fresh strawberries.

Whether or not Parisians are ready to pay any necessary premium for ultra-local strawberries, for fraises plus fraîches, remains to be seen however. While urban farming certainly shows plenty of potential, questions over its potential profitability remain.

Tapio believes Exsilio’s calculations stack up, even if he admits it does ultimately fall to the producer to work efficiently. How much will an EkoFarmer module cost? He reckons a little over €100,000, but says the group also plans to offer a monthly leasing model.

“Our module can produce approximately 55,000 pots of salad per year,” he explains. “The yield will be at least three times the amount produced in a greenhouse, since the cultivated plants are located on multiple floors. Therefore, plants can be cultivated all year round and the cultivation period can be shortened, as the amount of light and humidity can be controlled perfectly.” 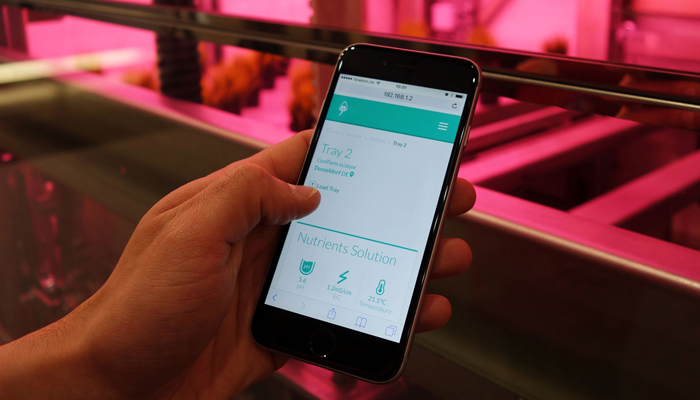