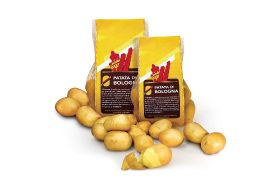 The Bologna PDO Potato Consortium has joined a chorus of voices in Italy protesting against the country’s imminent ratification of the Comprehensive and Economic Trade Agreement (CETA), a deal between the EU and Canada that is designed to eliminate the vast majority of trade tariffs between the two.

According to the group, which was founded at the start of this year, the agreement opens the door to “agri-food piracy” and will harm the commercial prospects of Bologna’s potato producers and their place-of-origin trademarks.

“CETA doesn’t provide any protection in the Canadian market to around 250 of the 291 PDO and PGI geographical indications recognised by the EU, and to only 12 of the 44 PDO and PGI products from Emilia-Romagna,” explained consortium president Alberto Zambon, who argued that the agreement also allowed marketers too much freedom to translate the names of other non-certified Italian products in any way they chose.

“The name is the link with the place of origin… it’s the most precious thing we have,” he added. “It sums up the value of our producers’ work, as well as their future, and offers a guarantee to consumers who are aware of [their food’s] origin and quality.

“Therefore we cannot accept opening the way to imitations that so clearly exploit the names of our specialities. These reflect a territorial identity that cannot be replicated elsewhere, achieved through specific production rules and using a strict system of checks.”

The region of Emilia-Romagna produces around 250,000 tonnes of potatoes each year, of which about 11,000 tonnes are marketed under the Bologna PDO name for a total value of roughly €50m.

CETA was signed by representatives from the EU and Canada in October 2016 and approved by the European Parliament in February 2017.

The agreement is expected to be applied provisionally from 21 September 2017 onwards, nearly three months later than planned.

So far, only Latvia, Denmark and Spain have ratified the agreement in their own parliaments.