Bananas, avocadoes, kale and lettuce among products in first round of price cuts following approval of takeover deal 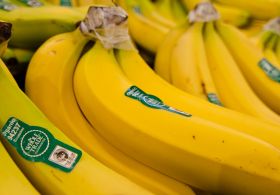 Amazon has sent shockwaves through the international grocery business by slashing prices on a whole basket-load of products sold by its new acquisition Whole Foods Market, effectively opening up a new front in its battle to seize market share from its real-world retail rivals.

Described by Amazon as a “down payment” on its vision to make Whole Foods Market’s high-quality, natural and organic food affordable for everyone, the price cuts include several fresh produce items – bananas, avocados, kale and lettuce – with more expected to follow.

“We’re determined to make healthy and organic food affordable for everyone,” explained Jeff Wilke, chief executive of Amazon Worldwide Consumer. “Everybody should be able to eat Whole Foods Market quality – we will lower prices without compromising Whole Foods Market’s long-held commitment to the highest standards.”

“And this is just the beginning,” he added. “We will make Amazon Prime the customer rewards programme at Whole Foods Market and continuously lower prices as we invent together. There is significant work and opportunity ahead, and we’re thrilled to get started.”

The move, which follows the takeover deal’s recent regulatory and shareholder approval, was welcomed by John Mackey, Whole Foods Market co-founder and chief executive: “It’s been our mission for 39 years at Whole Foods Market to bring the highest quality food to our customers. By working together with Amazon and integrating in several key areas, we can lower prices and double down on that mission and reach more people with Whole Foods Market’s high-quality, natural and organic food.”