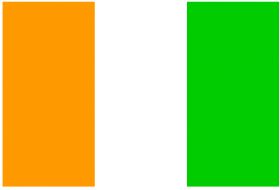 Koppert Biological Systems has announced the extension of its presence in Africa , where it has opened a new subsidiary in Abidjan, Cote D'Ivoire – its 27th subsidiary overall.

The producer of biological solutions for horticulture and agriculture now has business hubs in North Africa, East Africa and Southern Africa, while the West African hub centred in Cote D'Ivoire will extend the company’s presence from Senegal in the north to Cameroon in the South-East.

"Having successfully registered a range of Koppert’s biocontrol products in Ivory Coast, we can now proceed to position ourselves in the market, test, and introduce products to growers in West Africa,’ said business unit manager for the Middle East and Africa, Yosef Ouhlous. "Our focus will initially be on the large tropical fruit producers, but will also extend to smallholders to help them to increase their yields and provide food security."

Speaking at the launch of the subsidiary at the SARA agricultural fair in Abidjan last week, Ouhlous said the biggest challenge would be to encourage growers to reduce the use of chemical pesticides and artificial fertilisers by providing them with biological solutions and biostimulants.

"While in Europe, it is often consumers themselves who demand residue-free products and safe food, in African countries it is usually the authorities who feel the need to promote biological alternatives for crop protection,’ he explained. "It’s very much from the top down in this part of the world."

Tropical fruit is a relatively new market for Koppert Biological Systems, although it has built up a good deal of expertise in South America and South-East Asia.

The company has been exploring the West African market for the past three years and will initially be working with local distributors. It will also be partnering with other companies and working closely with local universities and institutes.

"The consumption of tropical fruit, both locally and for the export market, is increasing rapidly, which makes it a very interesting sector for Koppert to work in," Ouhlous added.