Salads and leafy vegetables are particularly vulnerable according to Proexport 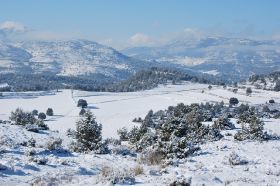 The cold snap gripping much of the Spanish peninsula is likely to reduce the availability of vegetables and salads on the European market during the coming weeks.

A lack of rainfall and cooler-than-average December have already delayed crop cycles and left vegetables more vulnerable to frost damage.

With temperatures as far south as Murcia and Almería predicted to dip below freezing this week, it is inevitable that supplies will face disruption, producers say.

Fernando Gómez, general director of Proexport, told Fruitnet that with Italy facing a similar weather situation, the effect on the market would be even more acute.

“Demand has also stalled in recent days so it’s difficult to predict what the final effect on the market will be,” Gómez said. “But a clearer picture will emerge over the coming days.”