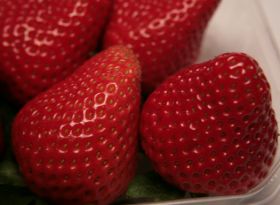 Saudi Arabia is set to revoke its ban on imports of Egyptian strawberries and peppers, according to reports in the Egyptian press.

Egypt’s Deputy Minister of Agriculture Safwat al-Haddad said the announcement that the ban would be lifted would be made “within days” following meetings between officials from the two countries.

Saudi Arabia imposed the ban on a number of Egyptian crops, including strawberries, peppers and guava last year after a high proportion of imports were found to contain pesticide residue levels that exceeded international safety standards.

Since then, Egypt has tightened up its export controls following a major review of safety standards.

Arab markets account for more than 45 per cent of Egyptian agricultural exports.