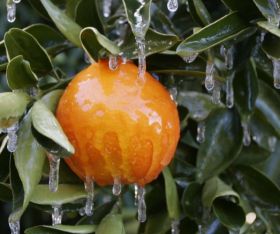 The recent cold weather and strong winds that swept through the Community of Valencia damaged around 7,500ha of production and caused losses of around €35m according to initial estimates released by growers’ union Ava-Asaja.

The Vall d’Albaida, Costera and Ribera Alta regions were the worst affected regions, with stonefruit, kaki and earlier varieties of citrus and almond trees bearing the brunt of the damage, the union said.

“The cold snap arrived at a particularly delicate moment when, after a very warm and dry winter, many fruits were already at an advanced stage of flowering and in some cases the thinning process had already begun,” Ava-Asaja president Cristóbal Aguado told La Vanguardia.

He noted that in the worst cases the entire crop has been destroyed, while the average losses varied between 40 and 70 per cent of production.

Early estimates of from the union point to a 10 per cent fall in the kaki harvest in Valencia compared to last season.