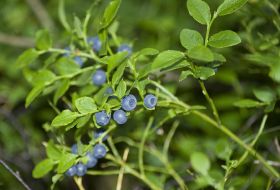 Blueberry growers in northern Chile are expanding into organics as competition from Peru hots up and the country's production starts to eat into their supply window.

Shipments of the berry from Peru rose 77 per cent to 47,550 tonnes in the 2017/18 season as plantings continue to expand  – a development that Andrés Armstrong from the Chilean Blueberry Committee said was a challenge.

In the north of Chile, where blueberry production now clashes with Peruvian production in the early part of the season from October to December, some growers are starting to move into organics, the committee’s executive director revealed.

“We have an opportunity to keep ourselves in the market with organics,” Armstrong said, “whereas in Peru organics are more difficult to grow.”

He stressed, however, that rather than competing with Peru and other global producers for a limited supply window, the committee’s main aim was to grow blueberry consumption in its various market. This applies to both conventional and organic exports, with the latter now accounting for 9.1 per cent of Chile's total blueberry shipments.

Fortunately for Chile’s blueberry industry, there isn’t much overlap between the bulk of Peruvian supply (from mid-September to mid-November) and Chile’s season, which runs from November to April.

Compared to bigger players Chile and Argentina, Peru is able to produce blueberries over a longer period, but for now most of the production from newer sources like Peru, Mexico and Morocco is coming in the low supply weeks between the end of Northern Hemisphere season and the start of the Chilean campaign, Armstrong explained.

In addition, Chile’s own blueberry production continues to grow, with the country exporting record volumes this season. The 2017/18 campaign closed with a shipment total of more than 110,000t - a six per cent increase on last season.

The obvious concern is that increased production could deflate prices, but high volumes from Chile, Peru, Mexico and other major exporters across the year are helping to keep prices stable, Armstrong said.

“When Chile came out with more volume, there was already fruit from Peru in the supermarkets,” he explained. “The space on the shelves was there so when the fruit arrived, it moved. There were not huge stocks waiting and the fruit was moving so the price didn’t go down so much.”

Asked whether the Chilean Blueberry Committee would consider joining forces with Peru to promote blueberries together in future, Armstrong said it might depend on how much its South American neighbour was willing to invest in a joint campaign, however Asoex marketing director Charif Christian Carvajal said his organisation always has its “doors open” to promote blueberries or other fruit with different origins.