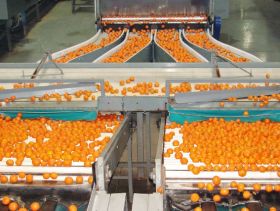 Clementine exporters in the Spanish province of Castellón are set to intensify their focus on new markets like China and Canada this season as they face up to a larger crop and stiffening competition in the US market.

The province of Castellón anticipates a crop of 650,000 tonnes for 2018/19, an increase of 15-20 per cent on last season, prompting many companies to go in search of new export opportunities outside the European Union.

In the US – one of Spain’s most important none-EU markets – exporters have seen their window of opportunity narrow due to growing competition from Morocco and Southern Hemisphere suppliers.

Pasqual Pla of the Association of Fruit Exporters of Castellón (Asociex), told El Periódico Mediterráneo that many companies had stopped supplying the US and were instead looking at China and Canada, which “offer interesting options”.

The Free Trade Agreement between Canada and the EU, which came into force in September 2017, is likely to lead to a rise in exports of oranges and clementines to this market, which, according to Pla, is less demanding than the US.

Although Canada accounted for just 1.2 per cent of total exports from Castellón, (worth €9.3m) last year, producers expect shipments to grow in 2018.

China is another interesting option due to the size of the market. Exports to China are still very limited, totalling €1.8m last year. The challenges, said Pla, is “to improve logistics in order to be able to send all kinds of fruits”.