Walkout by Michoacán producers is costing the industry US$4.3m a day, says Apeam 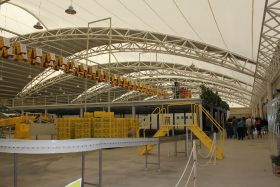 Mexican avocado exports are being disrupted by a dispute over the amount that growers are being paid for their fruit by packers.

Producers in Michoacán are unhappy about avocados from other parts of Mexico entering the state in order to be exported illegally to the US, a practice which is forcing down the price paid for genuine Michoacán-grown avocados.

They are demanding that packers pay a minimum purchase price of US$1.75 per kg in order to compensate for the losses they have suffered, even though this would be in contravention of Mexico’s competition laws.

A meeting was held last week to try and resolve the conflict with the help of mediation from the Competition Commission (Cofece), but the two sides failed to reach agreement.

Around 46 per cent of Mexico’s avocado exports are packed by subsidiaries of US companies, according to the Association of Producers and Packers Exporters of Avocado of Mexico (Apeam).

The association said the stoppage had affected more than 24,000 workers and was costing the industry US$4.3m a day as shipments to the US were running well below the usual 3,000-tonne daily average.

Apeam spokesman Ramón Paz said that the authorities would be forced to intervene to re-establish the rule of law unless producers ended their strike.

Paz said the walkout had already led to a number of advertising contracts in the US being cancelled, and was also putting the Mexican avocado’s Super Bowl campaign in jeopardy.

Mexico exported US$2.828bn worth of avocados in 2017, a year-on-year increase of 34 per cent on the previous year, according to the Bank of Mexico.
The US was the leading destination, followed by Canada, Japan, the Netherlands, France Spain, El Salvador, China, Honduras and the UK.