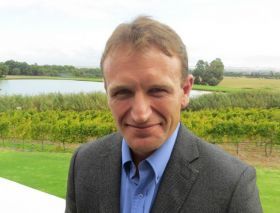 Eighteen years ago Tru-Cape Fruit Marketing, one of South Africa’s leading exporters, decided to base its recipe for success on year-round supply for both export and local markets, while developing a brand that might earn a premium above the commodity price.

“That vision has proven an accurate one,” says Tru-Cape’s managing director, Roelf Pienaar. “Today, leaders in the fruit industry are those who own and sell 'club varieties', which in fact are fruit varieties considered sufficiently unique to be granted Plant Breeder’s Rights or PBR’s. With PBR the rights to plant and/or market that fruit is owned and granted by permission, typically in return for a premium price.”

Pienaar says Pink Lady might be the best known example of the success of a club variety. “In essence a Pink Lady is a particularly high specification of the Cripps Pink apple. But, as the PBR was registered and granted, a premium has to be paid before marketing fruit as Pink Lady. The reason is obvious: Pink Lady earns more at check-out than Cripps Pink does.”

As recently as November 2018, Tru-Cape Fruit Marketing received a PBR for Shortie, as well as Fuji Royal, which Tru-Cape jointly owns with a leading apple grower in Ceres, Robert Zulch.

These two varieties, along with Bigbucks, were discovered by new variety specialist Buks Nel. “Flash Gala is the trademarked name for fruit from the Bigbucks tree and has already earned a double premium: at the purchase of the Bigbucks trees and per carton of Flash Gala sold,” explains Pienaar.

He notes that a guarantee of year-round supply and a basket of trademarked varieties are the keys to on-going success in the fruit industry today.

Another trend which is becoming increasingly important, as is evident following industry research into consumer buying habits in Germany, is a hunger amongst consumers for information about the story behind the product.

“In particular, and Germany’s socially-conscious consumers are leaders in this trend, the knowledge about how workers are being treated rated above price and taste when deciding what to buy," Pienaar outlines.

Tru-Cape Fruit Marketing says it has been focusing on telling good-news stories even before the result of the research was published. “Our company recognised that the balance needed to be regained when it came to media reporting on the agricultural sector. Too often the focus was on an adversarial relationship between grower and worker which didn’t reflect the reality on the many farms and of the thousands or people impacted by Tru-Cape’s ability to successfully sell fruit.

“There are, of course, many challenges that face the agricultural industry and on-going food security but which industry that employs thousands of people doesn’t also share these challenges?

“Ours is a factory without a roof and these past drought-impacted seasons have been a painful reminder of this truth," says Pienaar.

In the end, the value of the brand is also in the relationships between grower, processor, marketer and buyer and this, above all else, is the trend that will continue to matter going forward, he concludes.