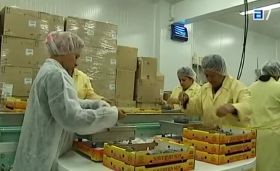 Asturian Berries, one of the pioneers of Spanish blueberry production, has gone into administration, according to the Official State Gazette.

The company, part of the Hortifrut group, was created in 2006 to supply European markets with what was then a little-known product in Spain’s soft fruit arsenal. It is one of the leading blueberry producers in northern Spain.

The announcement has sent shockwaves through the Spanish soft fruit sector, which has experienced a sharp increase in blueberry plantings in recent years.

“The picture isn’t as rosy as we’ve been led to believe,” Fernando García of the Asturian Association of Soft Fruits told La Nueva España.

“This is the second producer that has ceased trading so far this year, following the closure of a farm in Oviedo, and reflects the growing competition from countries like Poland and Romania, which have lower production costs.”

Asturian Berries has around 17ha of farms, producing around 100 tonnes a year.

García said the closure marked a crucial moment in the viability of blueberry production in Asturias.

He noted that the uncertainty surrounding Brexit was a major concern, as the UK is one of the biggest consumers of Spanish blueberries.