Production of vegetables in Russia continues to rise rapidly, with new greenhouses coming into production and open-field yields on the increase 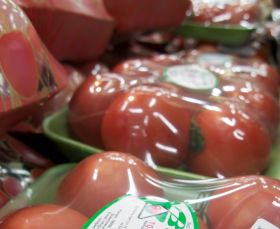 This year, according to Russia’s ministry of agriculture, greenhouse vegetable production in Russia is set to rise to 1.3m tonnes this year, beating last year’s record crop by more than 200,000 tonnes, according to FruitNews.

Forecasts predicted further that Russia’s production of greenhouse vegetables would double over the next five years to reach around 2m tonnes per year.

In 2018, open-field vegetables are also set for an increase. Vegetable producers in the Stavropol Territory boosted production by 5 per cent to 290,500 tonnes, according to Andrei Oleynikov, the region’s deputy minister of agriculture.

In 2019, state support for vegetable production is set for a further increase, to Rbs240m from last year’s Rbs130m, FruitNews revealed.

According to the ministry of agriculture, the first crop of cucumbers and tomatoes will be ready this March from a new greenhouse installed in the Ryazan region outside Moscow.