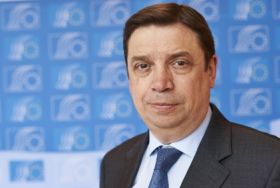 Spain’s Agriculture Minister is to hold a meeting with representatives from the citrus industry in the coming weeks to discuss ways of tackling the current crisis enveloping the sector.

Speaking to Efeagro, Luis Planas said action must be taken to consolidate Spain’s position as the world’s leading exporter.

He pointed out that deep-rooted structural issues, notably the fragmentation of the supply base, were holding back the future development of the sector, and called on growers to form producer organisations in order to strengthen their bargaining power.

The minister also defended the recent reactivation of interprofessional body Intercitrus after years of inactivity, claiming it should oversee promotional activities in third countries and help develop quality standards to drive demand.

His comments come after the European Commission dismissed Spain’s claims that imports of South African oranges and mandarins were behind the price slump that hit producers at the start of the season, claiming “there is no statistical data to suggest that there has been an increase in imports from South Africa in the period that is harmful to European production”.

Speaking to the European Parliament, the head of the General Directorate of Agriculture, Joao Onofre, insisted that the fall in prices was down to climatological factors and lack of demand, and “not the irregular entry of citrus from third countries with which the European Union has signed trade agreements, as is also the case of Egypt or Morocco”.

Nevertheless, Planas insisted that a follow-up analysis should be carried out on the impact of imports from third countries before any “precise” conclusions could be drawn.