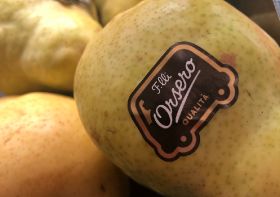 Italian fresh produce distributor Orsero has strengthened its presence in France with an agreement to buy Provence-based importer-wholesaler Postifruits, including its subsidiaries Gruppo Fruttica and GP Frutta, in a deal worth a reported €10m.

Raffaella Orsero, chief executive of Orsero, said the move would enable the group to expand its distribution of Italian products, including table grapes, melons, pears and vegetables, in France.

“This transaction comes as part of a journey that Orsero Group is taking towards strengthening its distribution business and rooting it increasingly in Europe, with the aim of strengthening its geographic presence, as well as diversifying its sourcing and the range of products it sells.”

She added: “[This] will lead to a better sales balance out of France, boosting product categories that show excellent market potential and guaranteeing the group an ever greater integration with the Italian agricultural production chain.”

With sales of around €24m and EBITDA of €2,5m last year, Fruttica is the largest part of Postifruits, which is based in Cavaillon, Provence. It distributes more than 20,000 tonnes of fruit and vegetables each year, about half of it table grapes, mainly to major supermarket customers.

Orsero already has its own presence in Cavaillon, operating 1,450m2 of warehousing with around 150m2 of coldstorage facilities. Its subsidiary AZ France is an established and well-known player in France’s fruit and vegetable business.

Postifruits, meanwhile, also owns Sicilian firm GP Frutta, which manages the sourcing of fruit produced in Sicily and Puglia for the French market.

“I am firmly convinced that thanks to the distribution strength of AZ France, the Fruttica business will develop its full potential,” he commented. “I am also extremely happy to continue to collaborate towards the development of Fruttica and the Orsero Group.”