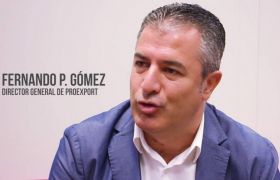 Spanish producers have welcomed the UK government’s announcement that it would apply a zero tariff on fruit and vegetable imports in the event of a no-deal Brexit.

But the general mood within the industry remained bleak as the prospects of a disorderly withdrawal sharpened following the British Parliament’s rejection of Teresa May’s withdrawal agreement for a second time on Wednesday.

“The news [on tariffs] comes as a huge relief, not just for European producers but also for British consumers, since moves to impose tariffs averaging 10 per cent would have had an immediate impact on the cost of these products,” said Fernando Gómez, managing director of Murcia’s grower-exporter association Proexport.

“This decision will facilitate trade and a create a situation very similar to what we have right now.”

Proexport expressed concerns, however, that this was just a temporary proposal, which will be in place for a period of 12 months. And Gómez warned that Spanish producers would still face other costs related to new administrative procedures, customs clearance, or any other logistical problem that could arise during this period.

“Given the magnitude of the challenge of a no-deal Brexit, we believe that the contingency plans being put in place by companies may not be enough to deal with the disruption that a lack of agreement would bring,” the exporter federation said.

“It is vital that the relevant bodies adopt contingency plans to prevent customs formalities and border controls from negatively affecting logistics.”

The UK is the third biggest market for Spanish fruit and vegetables, with imports peaking during March and April. Last year the UK imported 1.4m tonnes of Spanish produce worth €1.76bn.