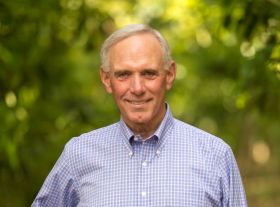 The world’s biggest avocado distributor is warning that the US could run out of avocados if Donald Trump follows through on his threat to close down the US-Mexico border.

Steve Barnard, CEO of Mission Produce, told Reuters that in the event of a shutdown, the US would run out of the green fruit in around three weeks as Mexico is the dominant supplier at this time of year.

“You couldn’t pick a worse time of year because Mexico supplies virtually 100 per cent of the avocados in the US right now,” Barnard said.

The extent of the shortage would depend on how long the border remains shut but a prolonged closure would inevitably lead to consumers paying higher prices for what little fruit is available.

California’s growing season is just getting underway, but fruit will not be harvested for at least another month.

“California is just starting and they have a very small crop, but they’re not relevant right now and won’t be for another month or so.”

Trump said last week that there was “a very good likelihood” he would close the border this week unless Mexican authorities immediately halt illegal immigration.

This could lead to shortages in other produce lines including tomatoes, cucumbers, blackberries, and raspberries, the majority of which all currently come from Mexico.

Data from the US Department of Agriculture show that nearly half of all imported vegetables and 40 per cent of imported fruits come from Mexico.

The US and Mexico are estimated to trade about US$1.7bn in good every day according to the US Chamber of Commerce, which a border shutdown would be “an unmitigated economic debacle” that would put 5m American jobs in jeopardy.