The 2019 table grape season is over, with early season expectations falling well short 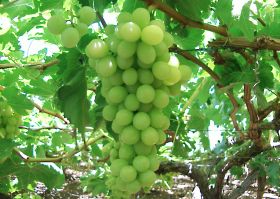 As the packing of table grapes is South Africa’s late region continues to dwindle, it appears that this year’s total shipments could be below last year’s figure.

Reports from the Hex River Valley, traditionally South Africa’s biggest region, indicate that rain in the late season made things difficult for growers and this may bring the season to a premature end.

Given the fact that two of the early regions came in below the forecast, the mid-season Berg River region being more or less on par with last year and the Hex River predicted to end at between 19m and 20m cartons, it is unlikely that the total shipments will exceed last year’s figure of just over 62m cartons.

Throughout the season SATI maintained its forecast of between 62m and 70m cartons. While the potential of the industry is to produce 70m cartons if all goes well, it was clear early on that this would not be one of those record years.

Aside from the crop expectations not being realised, South African growers and exporters have had to deal with difficult markets, with oversupply in Europe having an effect in the early season.

Despite these tough conditions in traditional markets, the country still sold 75 per cent (until week 10) to these countries.

The Olifants River region suffered from last year’s drought and other unfavourable climatic condition. The Orange River did somewhat better than last year, but still fell well short of the 2016/17 record crop. Harvesting in Paarl is over and final figures, once they are concerned, should indicate shipments of around 14m cartons.

Growers in the Hex River said that the season tested their resolve, while ate season climatic conditions also challenged some of the new cultivars that have not been tried in late season rains.

The only bright side is that South African table grape growers do not have to worry so much about the immediate impact of Brexit on its UK and European markets.

They are, however, keeping an eye on local events ahead of South Africa’s elections in May, as well as the developing crisis relating to electrical supply systems and cost inflation due to the declining value of South African currency.