Progress in use of rail transport 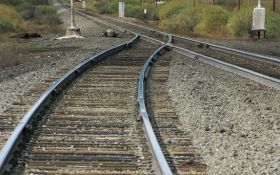 Growth projections in South Africa indicate that the northern citrus producing regions, which include Kwa-Zulu Natal, Swaziland, Mpumalanga, Limpopo and Zimbabwe, will grow 20 per cent in the near future, an increase that will require another 8,000 road truck trips per year to move the additional fruit.
"At the same time, the current challenges involved in exporting citrus from the Durban port are only likely to intensify as the outlook on the Durban Container Terminal (DCT) performance looks very bleak,” said Michelle Brooke of the Citrus Growers Association (CGA).
He explained that the bleak picture was based on the current productivity outlook which shows a 13 per cent decline in vessel productivity and a 76 per cent increase in truck staging times in Durban compared with the previous year.
Exporters have expressed concern about the bottlenecks at Durban, Brookes continued, and the impact on the dwell time of fruit in the port.
“Practically there are only two solutions to rectify the status quo and facilitate future growth," he outlined. "These are exporting citrus via Maputo port, and rail containers of citrus from the hinterland to ports for export.”
Brooke has been at the centre of planning the rail alternative for some time, and there now seems to be progress in this regard.
Last week the first fully functional reefer trains were railed from Musina and from City Deep near Johannesburg to Durban.
“This is in addition to the existing rail services from Bela-Bela and Tzaneen in Limpopo," he said. "There are now six equipped reefer trains servicing the citrus fruit industry with more trains in the pipeline. A target of railing 10,000 containers per season by 2022 has been set by the CGA.”
The next rail service to be implemented will be between Maputo and Nelspruit which is aimed at exports to Far East, predominantly China and Japan, as well as Asia and Middle East, Brooke added.
With the citrus export season now well into the Valencia season, the latest forecast is that Southern Africa’s total crop will now be around 9m cartons less than last year. The major drops are in grapefruit, navels and Valencia oranges, with lemons more or less at the same level as 2018 and soft citrus slightly higher.
comments powered by Disqus