Transformation plan having a positive affect on Greenyard's results, with profitability moving in the right direction 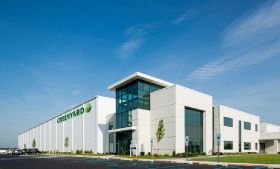 Greenyard has used a trading update to hail the impact of its Transformation Plan, implemented earlier in the year, as recovery at the group "progresses well".

According to Greenyard, its profitability continues to improve as planned, thanks to the "rigorous implementation of the Transformation Plan", which has included a strong focus on margin and profitable volumes, and rightsizing the overhead cost base.

Greenyard also stated that it expected the impact of its plans to accelerate in the second half of the year.

The group outlined positive adjusted EBITDA expectation for the first half of the year, expecting it to land in the range of €43-€45m, marking a sharp recovery versus the previous half year (€23.3m).

In anticipation of the full effect of newly signed partnership volumes (Carrefour, Delhaize, Tesco), Greenyard’s net sales for Q1 came in at €1.03bn, a drop of 2.6 per cent year-on-year.

Fresh sales decreased by 4 per cent from €884.7m to €849.4m, attributed to the termination of certain (loss-making) sales volumes such as the exceptional shortage of avocado volumes, and price pressure on certain categories such as grapes, melons and citrus.

"This effect has not yet been fully offset by volumes for the partnerships that are ramping up," the group noted.

In addition, Greenyard reported the retirement of Thomas Borman from its board of directors.