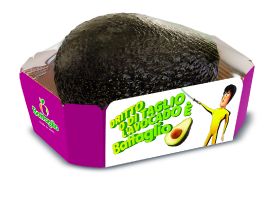 Hass avocados are the star of a major new television advertising campaign designed to boost sales of the fruit in Italy.

The six-week promotional effort, which started this week and is due to run until December, has been arranged by Battaglio, a leading fresh fruit importer with operations in Turin and Rome, as well as production and sourcing interests in Argentina and Colombia.

It marks the first time that the Battaglio brand has engaged directly with consumers through the medium of television advertising.

"our on-air television debut is aimed at presenting and promoting Hass, the best variety of Battaglio avocados," the group said in a press release.

"It's a product that consumers already really appreciate for its delicate taste, creaminess, versatility in terms of use and its nutritional properties."

Battaglio recently embarked on an ambitious joint venture with CI Tropical in Colombia to establish 1,000ha of new Hass avocado production in the Latin American country.

According to the firm, demand for the fruit is growing strongly in Italy, helping it to grow its own business.

The new campaign consists of five short adverts, each ten seconds long and featuring amusing, 3d–animated cartoons that should appeal to all age groups.

"This choice is in line with our new corporate identity, which focuses on the vitality and freshness of the brand, and is aimed at presenting the avocado Hass to the general public as a 'friendly and at home' product, ever closer to the tastes of Italian consumers," the press release adds.