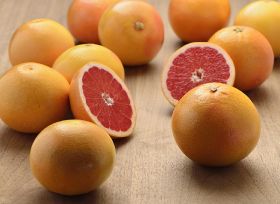 Ailimpo has revealed the Spanish grapefruit forecast for the 2019/20 campaign, with volumes falling 26 per cent on the previous campaign from 82,082 tonnes to to 60,740 tonnes.

The reduced figures, down because of unfavourable weather conditions, allows the sector to "face the new season with optimism", Ailimpo said.

"The global reduction in supply in Europe will stress the market, and prices for Spanish grapefruit are expected to increase from the start of export," the association outlined.

Looking back, Ailimpo said that the 2018/2019 season, which ended in June, closed with a total harvest of 82,082 tonnes, with the German and French markets taking 54 per cent of Spain's total sales with more than 30,000 tonnes.

A small quantity was exported to third country markets (2,868 tonnes) and the effort to gradually open and consolidate markets such as Switzerland, South Africa and Canada was highlighted.

The association said that the domestic market was estimated at 7,000 tonnes, with 11,700 tonnes going for processing.