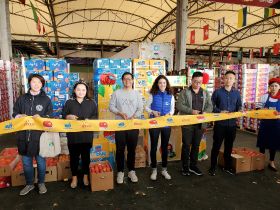 Blue Whale, along with its Chinese importer ZeLun, chose the Shanghai wholesale market to introduce consumers to the proprietary Gala variety as it celebrated the start of the 2019/20 season.