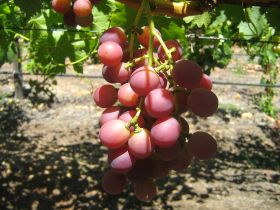 Special New Fruit Licensing (SNFL) has sponsored the release of a brand new protocol that will allow its Spanish based breeding programme to ship new varieties from Spain directly to Peru, one of the fastest growing table grape markets in the world.

In recent years, the breeder has developed a growing number of its varieties in Peru, a country it described as “brimming with potential for growth”.

However, until very recently, there was no protocol between Spain and Peru, meaning that plant material from Spain had to be shipped to Chile and then after two years of quarantine in Chile, it could then be shipped to Peru.

After four years of collaboration with the Peruvian National Agrarian Health Service (Senasa) and the Spanish authorities to open up Peru as a market for shipment of plant materials, SNFL has announced that as of this month, it will now be able to ship plant materials directly from its breeding centre in Spain to Peru.

“This will help provide faster innovation to the Peruvian table grape industry and SNFL’s partners there,” the company said, adding that its efforts had been supported by its licensed nursery in Peru, SNFL Viveros Agronegocios Genesis.

“We have been coordinating the whole process between Senasa and the Spanish Ministry of Agriculture for the last three years to achieve this important agreement that will greatly speed up our new varietal programme in Peru,” Soto said.

The first Peruvian table grapevines were first introduced by the Spanish in the 16th century, but it wasn’t until recently that the export industry exploded. In 2016/17, Peru exported 285,000 tonnes of table grapes and in 2019/20 this is projected to reach over 400,000 tonnes, an increase of 40 per cent.