The coronavirus outbreak in Iran has been the most deadly outside of China, prompting many countries in the region to impose travel restrictions 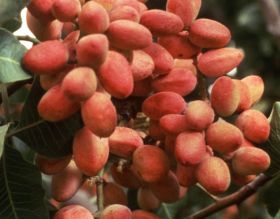 The coronavirus pandemic is the greatest threat to the global economy since the 2008 financial crisis, according to the Organisation for Economic Cooperation and Development (OECD).

Just as the Middle East could not escape the effects of the crash, suffering a major decline in growth despite the low exposure of its banks to US sub-prime assets, so the region is experiencing an immediate slowdown as a result of the coronavirus outbreak.

Although cases have so far been relatively limited in most Middle East countries, Iran’s deputy health minister Alireza Raisi has confirmed that 1,501 people have been infected with the virus in Iran, with 66 deaths, the most outside of China.

Iran's parliament has been suspended, universities and schools have been closed and all public gatherings have been cancelled. Several countries have issued a travel ban on Iran in order to contain the outbreak.

According to the Wall Street Journal, Iran has used drones to disinfect streets and mobilised tens of thousands of teams to conduct door-to-door coronavirus checks across the country.

Some experts have suggested that US-imposed economic sanctions have hamstrung Iran’s response to the virus, such as by affecting the country’s ability to import testing kits.

One of the most important resources that Iran currently lacks is a virus-mapping tool built by Johns Hopkins University that tracks global Covid-19 cases in real time. In Iran the map is blocked due to US sanctions.

US secretary of state Mike Pompeo’s offer of assistance to Iran was therefore given short shrift by foreign ministry spokesman Abbas Mousavi.“The claim to help Iran confront coronavirus by a country that has imposed expansive pressures on the Iranian nation through its economic terrorism and has even blocked the way for purchase of medical equipment and medicines is ridiculous and a political-psychological game,” he said.

Last week, Lebanon also announced the closure of schools as a precautionary measure, while Saudi Arabia banned Gulf visitors to the holy cities of Medina and Mecca after Kuwait and Bahrain reported 45 and 36 cases respectively.

In the UAE, traders have reported an immediate impact on the market. “For sure the coronavirus has affected trade,” said Hani Ayloush, owner and managing director of Dubai-based Fruit Line Trading. “Some products that used to come from China, including garlic, ginger and carrots, suddenly vanished from the market and prices doubled. Now they have started stabilising again, but in general, the virus has caused the economy to slow down.”

UAE retailers revealed that prices of Iranian products such as pistachios, saffron, raisins, fresh fruits, dates and vegetables are likely to rise due to cancellations of flights to and from Iran.

This is a particular issue in the run-up to Ramadan celebrations, with many retailers reportedly stocking up on such products, including from alternative sources like India, Turkey and the US.