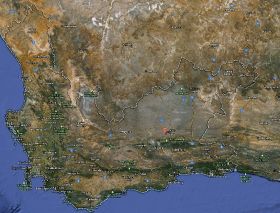 Two leading apple and pear packers in South Africa’s Western Cape region have demanded that they receive uninterrupted electricity supply during the next two months – the peak harvesting period.

The country's fruit sector has been severely disrupted by regular breaks in electricity during the past few months as the country’s supplier, Eskom, struggles to keep the national grid operating because of failing infrastructure.

During the early part of the table grape harvest in the Orange River region, as well as during the critical irrigation period in the lead up to the season in the Western Cape, power cuts caused major problems.

Pointing out that the Western Cape fruit industry contributes to rural development and transformation by creating in excess of 27,000 direct, on-farm jobs, with a further 109,000 dependents who are impacted by the success of the industry, leading exporter Tru-Cape Marketing said the industry was entering a critical part of the season.

Ceres Fruit Growers is located in the Ceres-Bokkeveld region, one of the leading apple and pear growing regions in the country, while Two-a-Day is based at Grabouw and draws its fruit from the greater Grabouw-Elgin, Villiersdorp and Vyeboom region.

Tru-Cape managing director Roelf Pienaar noted that the industry was already facing tough obstacles. He listed the impact of the Covid-19 virus on the global economy, reduced market access and tariff barriers as bringing special challenges to the industry.

“So news that load-shedding which will impact the ability to chill and maintain the cold chain required to have apples and pears available for 12 months of the year, is worrying,” he explained.

Load-shedding is the common word in South Africa for periods of the day when the supply of electricity is interrupted, when the network is unable to cope with demand or if is necessary to do maintenance work.

“While there are a few positive items in the budget speech which will be good for agriculture, what we need right now is the assurance by the government and Eskom that the power will stay on through to the end of April in our production areas,” Pienaar said.

Francois Malan said that the mining sector had successfully lobbied the government and Eskom to keep their power from being shut off.

“Now it is Western Cape agriculture’s chance to receive special consideration. We are happy to accept load-shedding during the winter months which is, after all, Eskom’s peak-demand period. Now, however, and for the next weeks, there is a lot at stake if we have interrupted power.”

The South African economy has been badly affected by the ongoing crisis to stave off the total collapse of Eskom. The power utility is in a state of decay due to bad management and corruption and has received large government bailouts to keep it going. Despite this there seems to be no end to the crisis.