Following the devastating explosion at Lebanon's Beirut port, container lines are diverting to the smaller port of Tripoli to maintain supplies 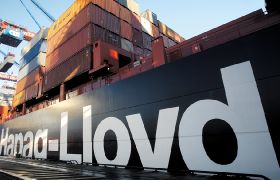 Major container lines are diverting their ships to Lebanon’s smaller terminal of Tripoli following this week’s tragic explosion at the port of Beirut, according to Reuters.

With ship insurer Gard suggesting that the port would be closed for a minimum of 14 days, with the possibility of that period being extended until port facilities have been restored, an alternative is evidently urgent.

Germany’s Hapag Lloyd said it was diverting services to Tripoli in response to the disaster. “Access to the port is not allowed at present so we cannot assess how many of our containers were either damaged or destroyed,” a spokesperson said. “Lebanon is dependent on imports and exports for their needs and we will be diverting services for the moment to Tripoli, which is a smaller port.”

“It is a disaster for Lebanon,” said Hani Ayloush of UAE-based importer Fruit Line Trading. “These are going to be very difficult days for everyone there. Beirut is the main port, through which most imports come into the country. The other is Tripoli, but it is not efficient enough. It is going to be very complicated for all Lebanese businesses, especially with Lebanon also having financial problems, in terms of the devaluation of its currency.”

Indeed, even before the blast, Lebanon’s currency had plummeted to record lows, losing more than 80 per cent of its value since October 2019, and sending food prices spiking.

According to Reuters, Beirut’s container port has an annual average capacity of just over 1m TEUs, compared with Tripoli’s 400,000 TEUs. However, that could reportedly be enlarged to 600,000 TEUs and a maximum of 750,000 TEUs if additional cranes were installed.

Denmark’s AP Moller Maersk said it was also working with Tripoli to allow its vessels to call there, while Switzerland’s MSC revealed it was looking at alternative cargo routes, including stops in Turkey and Greece.

Ahmed Tamer, director of the Tripoli port, informed Xinhua that all preparations had been completed to receive aid ships and vessels at Tripoli.

"The port has witnessed during the past years the expansion work by Chinese companies, and it has received the largest ships from China, carrying a big number of containers," he said.