Salix Fruits reveals that commercial activity has been largely unaffected by Covid-19, with exports of Argentinean lemons remaining as forecast 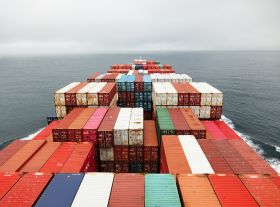 Shipments to the US reportedly began in April, while exports to Europe started in early May. “The export of fresh lemons from Argentina, which began this first semester and will continue the rest of the year, is estimated at a volume of 300,000 tonnes,” says Elortondo. “From Salix we are going to market approximately 700,000 boxes."

In the meantime, the company is apparently focused on providing an increasingly efficient service to producers and customers. “To do this, we have incorporated two new executive sales professionals to be closer to customers in the US and the Middle East,” says Elortondo, “and we have also added Javier Orti to the team for Asia. Likewise, we have expanded the supermarket database in the US for the placement of fruit from all origins.”