In a season of milestones, specialised reefer vessels provided a highlight for South Africa's citrus industry 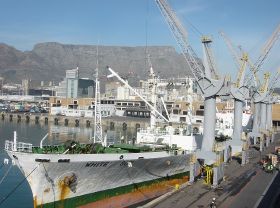