With European apple production down, prices may limit exports to Asian markets this campaign, but Belgian cooperative BFV remains poised for opportunities in India 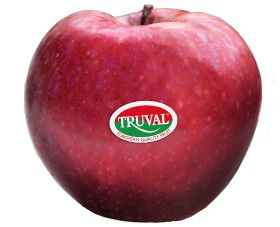 Belgian cooperative BFV sees opportunities for exports to Asian markets this apple campaign, according to commercial director Marc Evrard, even if volumes from Europe are markedly lower this season.

“We will focus on the traditional varieties we have developed like Jolyred,” said Evrard. “We plan to have the same programme as we had before. Jolyred is one of the varieties that had a good growing season, as it is harvested a few weeks later than some other apples and was far less affected by early frost and late sunburn.”

For Evrard, good opportunities exist for Jolyred this season in both Asia and Africa, including in India and Indonesia. “The Jolyred variety has been developed with Asian and south Asian consumers in mind,” he said. “It is crunchy and sweet, making it more appealing to these consumers than your average western European consumer.”

According to Evrard, domestically grown apples are of a lesser quality in India this year, which could mean more opportunities for imported fruit. “We will have to wait and see what the demand on the market is like this season,” he said. “Chinese apples are no longer allowed into India, while US apples face an additional 20 per cent import fee. It is also difficult for them to import Iranian apples due to sanctions. So there could be some opportunities there.”

However, with European apple production down, prices are widely expected to be higher. “We need to see if importers in India still want to import these varieties,” said Evrard. “In Belgium, production is down by 30 per cent, so there may be less need to sell at lower prices to faraway destinations. Obviously we want to maintain our good relationships and we will continue to support our partners overseas. We try to co-develop the best possible business in the best possible way. We have a good customer base in India. Our aim is to continuously improve our quality and service to our customers.”

In addition to India, BFV sends its apples to Hong Kong, Singapore and Malaysia. “We are also working with colleagues from Holland on the Vietnamese market,” said Evrard. “It is going quite well, but we have to choose our battles.”

Of course, with restrictions on travel both at home and abroad prompted by the Covid-19 crisis, the cooperative has had to embrace new ways of doing things. “Business-wise, thanks to technological solutions, we have alternatives to meeting in person,” said Evrard. “There have been some helpful online events, with companies coming up with interesting ideas. But Zoom is no replacement for real face-to-face meetings.”

According to Evrard, Jolyred will be supported with promotional activities from December in its main export markets. “In some countries, tastings are possible again,” said Evrard. “In others, we’ve worked out alternatives, such as offering whole apples as samples. The Morgana apple also has a lot of promise, not only in Belgium, but also throughout Europe and overseas. The variety is sweet, but with a certain acidity, so it suits the taste of consumers in many markets.”