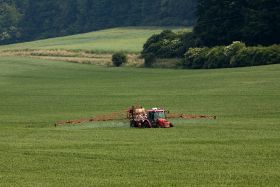 The EU organic movement has criticised last week’s vote on CAP reform by members of the European Parliament, which saw agriculture ministers reach a compromise agreement.

The European Parliament voted against amendments to the proposed new Common Agricultural Policy, “burying hope of real reform”, according to Friends of the Earth Europe.

IFOAM Organics Europe stated that Europe’s elected representatives had “disregarded citizens’ demands for a true transformation of food and farming, and failed to fully align the CAP with the European Green Deal, Farm to Fork and Biodiversity strategies’ objectives”.

The organisation’s president Jan Plagge warned that “small steps to green the CAP”  were insufficient.

“The next ten years should be a decade of action and transformation to win the race against a climate and biodiversity catastrophe,” he said. “Now, the Commission has a huge responsibility to ensure that EU money will be put to good use by Member States and that national CAP Strategic Plans will be up to the challenges of the biodiversity and climate crises. The organic movement will continue to support all initiatives to bring the CAP in line with the EU Green Deal, Farm to Fork and Biodiversity strategies in the upcoming negotiations.”

Plagge bemoaned the lack of proper incentives and support from CAP to change farming systems and practices when the vast majority of farmers wanted to do more for the environment.

“As the impacts of climate change are already upon us, resilient food production needs well-functioning ecosystems, healthy soils, clean water and more biodiversity at all levels,” he said.

Kurt Sannen, chair of IFOAM Organics Europe's Interest Group of Organic Farmers, commented: “A huge majority of MEPs (589 in favour vs 94 against) voted in favour of amendment 811, requiring Member States to include an analysis of the organic sector as part of their Strategic Plan, and set up objectives to increase the share of organically managed land. That is a positive step in line with the Farm to Fork and Biodiversity strategies, but to transform our food systems we need a CAP that better incentivises and helps all farmers to adopt more sustainable practices.”

Greenpeace’s EU agriculture policy director, Marco Contiero, described the vote by MEPs as “a death sentence for nature, climate and small farms, which will keep disappearing at an alarming rate”.

“The EU must scrap the CAP and replace it with a system that protects small-scale farmers, provides healthy food for all and has a safe relationship with nature,” he said.

The Parliament and member states will negotiate with the European Commission with the aim of reaching a final agreement on the new CAP next year. The new policy will last until 2027.