Shipments are expected to increase by 20 per cent this year, a new record for the Andean nation 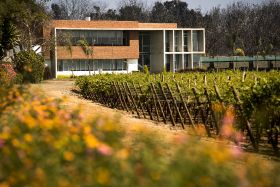