Tough times along the Orange River

After nature turned against them, the export table grape growers in the Orange River in South Africa are winding down their season 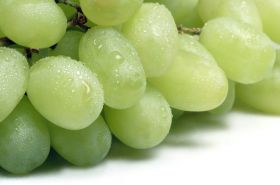 In 1992, Queen Elizabeth II referred to the past year as the “annus horribilis” of her reign. In 2021 she may well have sympathy with the table grape growers in South Africa’s Orange River region, who may well use the same term to describe their season to date.

The Orange River started the spring with promising prospects, but a cold snap in the spring and rains in January have turned the current campiagn into a difficult one.

The problems may not be over yet, with heavy rains in the central, north and eastern parts of South Africa is likely to cause a steep rise in the normally tranquil flow of the Orange River, with the possibility of flooding lower down later on.

Despite all of this, the region's growers have remained philosophical, knowing that they work with nature and that these seasons do come along.

Ultimately there is nothing they can do about it, but their export volume losses are likely to be substantial, which will put pressure on them in the year ahead.

Despite the plight of the Orange River, the diversity of South Africa’s growing regions means the country is still likely to more than meet the demand of its customer base.

If present conditions persist, the later regions will more or less make up for the loss of volume from the Orange River.

For Orange River growers, however, it will probably mean that their export volume will at best reach 16m cartons, compared with a seasonal forecast of between 18.5m and 19.9m cartons.

So the volume could be around 4m cartons down on the forecast, and last year’s volume of 19.86m cartons.

It is likely that growers in the later areas will have suffered most, because along the river to the west the largest part of the crop had already been packed before the rains came.

Seasoned growers have pointed out that growing table grapes is a capital and labour intensive business and that they need to pack at least 4,500 cartons per hectare to balance the books.

“There is nothing we can do now but consolidate and reign in our expenses, possibly putting further expansion and plantings on the back-burner for the next year or so,” said Alwyn Dippernaar of Dippenaar Choice Fruit, which has vineyards at Blouputs and Augrabies.

When Eurofruit spoke to him, Dippernaar was already busy preparing for a new threat, that of possible floods along the river at Blouputs.

“We are moving our water pumps to higher levels just to be safe because of rain in the interior. The river is already 2.5m higher than normal.”

In years gone by floods in the Orange River posed major problems for the table grape industry. These days, however, most new plantings are located away from the river and there is no longer a serious threat of flooding, except in certain low-lying areas.

It is not only the rain that caused growers problems this year, Dippenrnaar confirmed, with the cold weather in the spring also affecting the grapes.

“If we take everything into perspective, including the total hectares planted under table grapes, we should this year have packed around 22m cartons," he added. "Therefore a final export of around 16m means that we are around 30 per cent lower than where we should have been."