Fiscal measures to save Green Deal 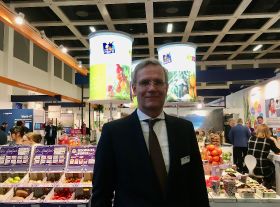 Volkert Engelsman, CEO of Dutch organic firm Eosta, has written an open letter to Frans Timmermans of the European Commission and Vice President of the Netherlands, with recommendations on how to salvage the EU's Green Deal and Farm to Fork strategy.

The move comes after the European Parliament voted in favour of a watered-down Common Agricultural Policy (CAP), which Engelsman summarised as "business as usual".

According to Engelsman, France's INRAE research institute and the Technical University of Paris both concluded that the new CAP does not bring the objectives of the Green Deal any closer.

"A focus on making the European food supply more sustainable involves competing against the huge invested interests of agricultural chemistry, the artificial fertiliser industry and the concentrates industry," wrote Engelsman. "There will be inevitable encounters with conservative forces terrified of change. They have managed to block innovation in the CAP and have no intention of stopping there."

According to Engelsman, what is required is a "robust and resilient agricultural system with shorter chains, decreased dependence on external inputs and less sensitivity to external disturbances".

"The European Commission therefore set a target of 25 per cent of organic farming by 2030, and additionally wants to reduce the use of pesticides by 50 per cent in ten years," he explained. "On 14 October 2020, the scientific journal Nature referred to this plan as a potential game-changer."

A week later, the vote at the European Parliament ensured the majority of agricultural subsidies would still go to conventional agriculture in the form of per-hectare premiums.

Engelsman said that True Cost Accounting would have to be used to put a price tag on externalised costs, in order to create a level playing field on the market.

"Agriculture can only be made more sustainable if polluters no longer profit from a competitive advantage as part of the known externalised costs," he explained.

The Boston Consultancy Group, Engelsman said, had calculated the external costs of agriculture in Germany at €90bn a year.

Intensive agriculture involves a great deal of soil degradation, he said, in addition to water pollution, loss of biodiversity and climate change, the costs of which currently fall to taxpayers and future generations. To this, he suggested, we could add rising health costs.

"Continuing along this path will result in us undermining our long-term ability to be profitable and productive in agriculture and food," he went on. "The coronavirus and other new pandemics we are up against demonstrate that these external costs may mercilessly affect our generation as well as the next."

Engelsman recommended three fiscal measures to turn the Farm to Fork strategy into reality: a tax on agrochemical pesticides, artificial fertilisers and imported concentrates; an increased tax on meat products and a VAT reduction to 0 per cent on fruit and vegetables; and a shift to taxing the value extracted from natural resources, leaving labour tax-free, as laid out in the Ex'tax project advocated by the OECD.

"If we fail to achieve this," Engelsman warned, "the ideals of the Farm to Fork strategy and the Green Deal will prove empty, and nothing will be left of them a decade from now."