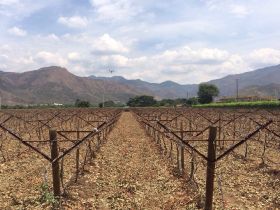 Colombia’s Top Fruits International is on course to export 600 tonnes of table grapes to the European market between October and December of this year.

The Valle del Cauca-based company shipped three 18-tonne containers of grapes to Europe last year, making it one of the leading players in the country’s burgeoning table grape export industry.

"Table grape exports are an emerging industry in Colombia, and I believe that international sales can increase, since I know of four other similar business initiatives,” Top Fruit International’s general manager, Gutiérrez, told Fruitnet.

“For our part, we are aiming to position ourselves more strongly in the Netherlands and in other European countries, as well as in the US, where Colombian grapes also have access.”

He said Colombia’s high-quality offer meets international standards and is more than able to compete with established suppliers like Chile, Peru and the US.

Flavia Santoro, president of trade promotion agency ProColombia, said: "Colombia has grape growing potential given that several of its regions have a dry climate with strong winds as well as soils with high organic matter content.

“Additionally, fresh grape imports have been increasing in international markets, with a 4 per cent annual increase in the last four years, according to TradeMap. This represents a great opportunity for Colombia to continue diversifying our export basket.”

Data from TradeMap shows that US$9.619bn-worth of grapes were imported worldwide in 2019.

Colombia's agricultural exports totalled US$7.812bn in 2020—a 7.1 per cent increase compared to the previous year. The main markets were the US, Netherlands, Belgium, Germany, the UK, Japan, and Ecuador.