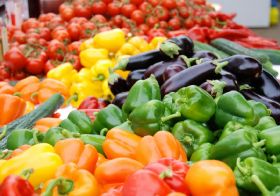 Plant breeding has a pivotal contribution to make for sustainable agriculture across Europe in the coming years as pressure ramps up to reduce chemical inputs, a major new report has claimed.

In the context of the EU’s Farm to Fork Strategy commitment to reduce pesticide and fertiliser use by 50 and 20 per cent respectively by 2030, the report’s authors Steffen Noleppa and Matti Cartsburg conclude that even greater investment and innovation in plant breeding will be essential to mitigate future crop production losses.

While those losses could potentially be halved with plant-breeding improvements at current pace, the authors suggest that access to accelerated plant-breeding techniques such as gene editing will be a potential game-changer in closing the expected gap in EU food production.

They call on policy makers to do more to support the development of new and improved seed varieties, for example by strengthening support for early-stage and translational research, ensuring an evidence-based regulatory framework – including for new breeding techniques – and encouraging greater public awareness of the benefits of plant breeding in agriculture and beyond.

The report stated plant breeding contributes to global food security, with genetic improvements in the past 20 years assuring additional food availability for 168 million humans at global scale. By generating higher yields per unit of area, plant breeding has helped reduce global demand for agricultural land use by more than 21.5 million hectares, also saving almost four billion tonnes in direct CO2 emissions over the past 20 years.

She added: “This comprehensive report crystallises within a single document the contribution of plant breeding not only to sustainable agriculture and food production, but also to the delivery of wider socio-economic, climate, biodiversity and resource conservation objectives,” she said.

“BSPB will use the information contained in this report, including the specific analysis for the UK, to make the case for a more explicit focus on the policy measures needed to boost investment in the UK-based plant breeding and seeds sectors, from research funding priorities to the development of a more enabling and proportionate regulatory environment for genetic innovation.”