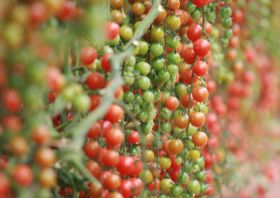 Copa-Cogeca has called on European Trade Commissioner Valdis Dombrovskis to take swift action in the face of what it calls “dramatic disruption” to the fruit and vegetable market caused by the EU-Morocco trade agreement.

In a letter to the Commissioner, the organisation expressed its growing concern about the consequences of the deal, particular for the tomato market.

“With the cumulative effects of Brexit, EU tomato prices have plummeted to levels that do not cover the production costs for most European growers, putting the production at risk in strategic regions of the EU,” it said.

According to Copa-Cogeca, the provisions laid out in the EU-Morocco Agreement regulating the Moroccan tomato exports to the EU, which were revised in 2014, are inefficient.

“In addition to entry price and duty mechanisms that proved to have limited effects on the imported volumes, the safeguard clauses provided in the treaty have never been triggered despite the serious depreciation of tomato prices in the EU markets resulting in the imports of 500,000 tonnes of tomatoes in 2020 corresponding to twofold the quota calculated - theoretically - to preserve the Moroccan traditional export flow,” it said.

“Brexit is an additional factor that is aggravating the European market disruption, as the UK has been a major destination for more than 50 per cent of European tomatoes bound for export.

“The EU-Morocco Agreement quotas have not been renegotiated following the UK’s withdrawal from the EU to reflect the criterion that made it necessary to extend these quotas in the past when new Member States joined the EU.

“What’s more, the tomatoes originating in Morocco can enter the UK without any tariffs. Trade is bypassing Europe and European tomato producers faced a reduction in exports to the UK in the first months of 2021. For now, Copa-Cogeca does not deem the trade deal to be an up-to-date deal.”

Calling on the trade commissioner to undertake a comprehensive assessment of the impact of the increased volume of Moroccan produce on the deteriorating economic situation in European rural areas and on growers’ income, Copa-Cogeca secretary general, Pekka Pesonen noted: “The least we can say today is that we do not consider the trade deal to be an up-to-date deal”.

Pekka added that the Commission should also suggest triggering planned safeguard clauses and compensation allocated to the European rural areas that have been impacted.

In the letter, Copa-Cogeca also proposes recalculating the fruit and vegetable import quotas and the flat-rate import values to reflect the new EU-27 market reality as well as new provisions that aim to reduce the competitive advantages that exist today in relation to production methods in Morocco.