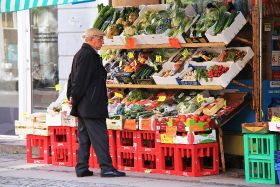 Industry association Freshfel Europe has called on the EU to develop a more efficient, more coherent approach to promoting fresh fruit and vegetables.

The group this week submitted its contribution to the European Commission’s public consultation on the EU’s agricultural promotion policy, which is currently under review.

As part of its response, it recommended a more value-focused strategy on the internal market and in non-EU countries, one that would “better inform and promote the benefits of European sustainable production and consumption of fresh produce”.

Throughout the 10-page document, Freshfel called for “a stronger promotion policy” for fresh fruit and vegetables.

The EU fresh produce sector has widely benefitted from the EU agricultural promotion policy, it noted, with the sector successfully conducting more than 70 influential promotion and information campaigns in the EU and worldwide between 2016 and 2020.

In total, those activities were backed by EU funding worth €35m per year.

However, Freshfel said the need to stimulate fruit and vegetable consumption as part of a sustainable and healthy diet remained as important as ever, as a result of increasing policy momentum under the European Green Deal and Farm to Fork Strategy, as well as societal demand.

“The average EU per-capita fruit and vegetable consumption still stands at 363g per day,” it said, “well below the WHO recommended minimum of 400g per day for good health.”

In response to the public consultation on the review of the EU agricultural promotion policy, Freshfel argued a “continued strong dedicated budget” for fruit and vegetables was needed to help Europeans achieve a healthy and sustainable diet, while also making the EU’s fresh produce suppliers stronger commercially in other international markets.

Freshfel Europe general delegate Philippe Binard commented: “Promoting fresh produce on the EU market remains of paramount importance to secure a healthy diet with multiple benefits for the environment and for the health of European citizens.

“Increasing fruit and vegetable consumption is a response to both the current environmental and health crises we face today. In doing so, the EU promotion policy must secure a holistic approach and an all-encompassing policy to cover products in the most generic way and target the largest possible scope of consumers.”

“Promotional and information activities should cover a wide range of options from B2B, B2C and pre-competitive political marketing activities to open new markets and raise awareness of the strengths of EU production methods and their high quality and taste assets,” he added.

Freshfel is also calling for simplification of the administrative burden for running promotion programmes under the policy, a move it says will ensure greater efficiency and a more homogeneous application of the policy across the EU.