How has Chile managed to knock Spain off the top spot in the global stonefruit export rankings in just two years? 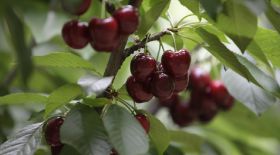 When it comes to the value of its stonefruit exports, Chile has risen steadily up the rankings over the past 20 years. At the turn of the century it was its sixth position, where it remained for the next decade. Since then it has rubbed shoulders with the US, regularly trading second and third position.

However, in the past two years, Chile has knocked Spain – the dominant stonefruit exporter for two decades – off its podium to claim the export crown. What has happened during those two years, to allow Chilean exports to leapfrog those of Spain by as much as US$200m?

Due to its great variety of climates, Chile has a number of regions suitable for the cultivation of stonefruit. But it is not as easy to transport stonefruit as it is other fruits such as citrus or apples, particularly by sea, and Chile’s main markets are a long way away.

In spite of this, by 1990 annual exports were already exceeding 110,000 tonnes. At that time, peaches and nectarines made up the bulk of exports, followed by plums. Apricots made up just 1,700 tonnes of total shipments, while cherries accounted for around 4,030 tonnes.

It was around this time that Europe and the US began to be the main focus for exports, apart from neighbouring countries, leading to an exponential increase in planted area. With regard to products, apricot production dwindled, while plum and peach acreage stabilised. However, there was a tsunami in cherry plantings, resulting in them becoming the principle crop in a very short time. By 2020, Chile had more hectares devoted to cherry production than all of the rest of the stonefruits combined.

Understanding how this sea change came about is only possible if we observe how the destination of Chilean exports has evolved. Until the beginning of this century, about 60 per cent of Chile’s stonefruit export volume went to North America, 18 per cent went to Europe, 16 per cent to South America and only 4 per cent to Asia.

The 2000s brought no great variations, but from 2010 everything changed. China burst onto the scene with such force as to transform Chile’s entire industry.

In just a decade it went from being a destination of little importance to the dominant market, singlehandedly fuelling the wave of new plantings that we have seen in recent years. Today, Chile sends 66 per cent of stonefruit to China but its star product, cherries, make up 90 per cent of this volume.

This included 10-15 per cent of apricots, 30-40 per cent of plums and 25-30 per cent of peaches. With cherries, even in the first years of this century Chile was already exporting between 50 and 70 per cent of its output. But since they still made up quite a small percentage of total exports, the average did not vary much. If we look at the figures for the last five years, we can see to what extent this has changed.

Up to now we’ve been focusing on volume, but as we all know, the international price of cherries has nothing to do with the price of other types of stonefruit.

During that same period, cherry prices have ranged between US$4.65 and US$4.95/kg. Framed like this, it’s easy to see how Chile has risen so rapidly up the world stonefruit rankings – if not in volume then in value.

As can be observed by the following table, in 2010, the value of Chilean exports was below Spain, the US and Italy. They represented less than 50 per cent of the value of Spanish exports. Since then, the explosion in cherry plantings has pushed Chile past Spain and the gap with other countries continues to widen.

What does the future hold?

Figures for the 2020/21 cherry export season presented at the recent Global Cherry Summit showed that shipments increased to 352,000 tonnes versus 274,000 tonnes in the previous year.

Of this, 91 per cent was sent to China, where unconfirmed rumours that Covid-19 had been detected in packs of Chilean cherries imported into Shanghai had a severe impact on the season, raising justified concerns about Chile’s reliance on a single market.

The summit also heard how Chile’s cherry acreage now exceed 40,000ha, which could lead to the country exporting close to 1m tonnes by 2030. It is clear that Chile can produce them, it is true that they have developed a streamlined and hi-tech production, harvest and postharvest industry that is worthy of praise.

If the markets respond, Chile will fulfill its export potential and in so doing will teach the world a lesson – its geographical position may not exactly be ideal for the development of international trade, but it has succeeded. And it should be congratulated.