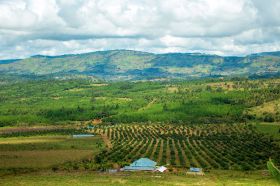 Reports from Dar es Salaam have indicated that South Africa has granted market access to avocados produced in Tanzania, ending a ten-year stand-off over the matter.

Clive Garrett, chairman of the South African Avocado Growers’ Association (SAAGA), is reported to have said that the protocol for importing Tanzanian avocados had not yet been finalised.

Writing in The Citizen newspaper, Louis Kalumbia stated that Tanzanian growers produced their avocados during the South African off-season – when prices in the local market are extremely high. During this period the local South African trade normally imports fruit to supplement the local supply.

This supply has changed significantly over the past decade, with South African growers increasing plantings in earlier and latter regions to supply the local market year-round.

However, during November, December, and January, outside the main supply season, prices for South African consumers remain high. Few avocados are imported from the Northern Hemisphere.

The Citizen reported that in a letter dated 16 November, the acting director of South African Plant Health, Jan Hendrik Venter, said the decision had been reached after a successful virtual bilateral engagement.

“NPPOZA wishes to inform the NPPO of Tanzania that following the presentation of a pre-recorded video inspection and subsequent deliberation during the virtual verification process, the market access for importation of avocado fresh fruit from Tanzania to South Africa has been granted.”

The letter also stated that market access had been granted subject to the NPPO of Tanzania providing a list/database of registered facilities, as per paragraph 2.3 of the phytosanitary import requirements.

According to the newspaper, Garrett emphasised that It was absolutely important that the local South African industry be protected.

“We have consistently supported the development and implementation of these protocols between South Africa and Tanzania," he said.

The report said market access for Tanzania avocados into South Africa remained restricted despite an application submitted to the NPPOZA in 2011 over phytosanitary certifications.

“In February this year more than 3,500 tonnes of avocados that were transported to South Africa by Tanzania’s Kuza Africa Company was confiscated at the Beit Bridge Border post between South Africa and Zimbabwe," the report explained. "The fruit was seized and destroyed by officials from South Africa’s Department of Agriculture, Land Reform and Rural Development (DALRRD), reportedly because no phytosanitary documents accompanied the consignment.”

According to the Tanzania Private Sector Foundation (TPSF), the country exported 7,551 tonnes of avocado with a total value of US$8.5m to Europe, Africa and Asia in 2018.

The ITC estimated that most of Tanzania’s opportunities to increase avocado exports lay in the EU where avocados represent 1.5 per cent of agricultural exports.

“The most important market is the Netherlands, with an untapped potential of US$1.8m," it said. " The second-largest market is France, but there the export potential is already fully realised.

"Other markets with large untapped export potential include Japan, Switzerland, Spain, Germany, the United Arab Emirates and China, while the potential to export avocados to Africa is very small.”

In August, Tanzania’s prime-minister Kassim Majaliwa said that the government was finalising negotiations with South Africa to export avocados.

The country's deputy minister for agriculture Hussein Bashe also said that the government was working to open other avocado markets including China and India.

To seize the opportunity represented by an increasing international demand for avocados, Tanzania established an avocado cluster in the northern zone regions in May 2021.